How Voice is changing the Tech Industry? 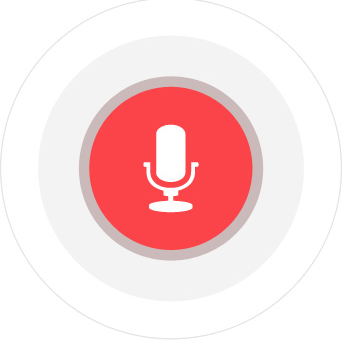 According to the traditional way of asking questions and gaining knowledge our first choice is Google.

Web bots can be traced back to the year 1988 which marked the invention of Relay Chat via Internet or Internet Relay Chat (IRC). Jyrki Alakuijala’a Puppe, Greg Lindahl’s Game Manager (for the Hunt the Wumpus game) and Bill Wisner’s Bartender were some of the first bots to be used on IRC. The characteristics of these IRC bots were that they provided services that were automated and maintained in a channel to prevent the servers from closing due to staying idle for long.

Other revolutions of bots in the history of Internet were web crawlers for supporting search engines. The year 1994 saw the first bot WebCrawler, indexing web pages. This bot was used first by AOL in 1995 and was later bought by Excite in 1997. One of the most famous web crawlers, Googlebot  (earlier called BackRub) was launched in 1996.

Then chatbots were introduced to the technological bringing forth a whole new era of communicating on a conversational platform. This conversational interface was soon to become so advanced that no mouse, screen, click or swipe will be required to drive it. It will be a complete communication approach, and the conversations will not vary from the ones we have with family or friends.

Artificial Intelligence is a well-known concept. The most common experience of AI is watching movies, but the concept of bots is not difficult to understand. With the social networking platforms like Facebook, Skype, and other diverse services introducing bots as assistants, they are the big news.

“Bot” is a word with different meanings. For gamers, bots are the AI characters who are part of the game and “botnets” are a several batch of hijacked computing systems used by the cyber crime community to spam emails and attack websites with the intention of taking them down.

Bots are basically AI programs that assist us in searching for news, playing games on web, providing a summary of WebPages, etc. Chatting with bots is like chatting with a buddy. All you need to do start typing on the bot chat window.

Voice recognition or speech recognition is the process via which a machine interprets human language and processes it to carry out instructions.

A voice command device or VCD is a device that is controlled by human speech. This eliminates the use of buttons, switches and dials thus enabling consumers to operate appliances even when they are pre-occupied with other tasks. Some of the first VCDs were home appliances like washing machines which let users control washing via voice commands and mobile phones enabled with voice-activated dialing.

Google’s voice recognizing engine is Pico TTS whereas Apple uses Siri. Devices operating through vocal commands have a large user base and innovative methods to use more the human speech command is still being invented

Amazon Echo, tech named Alexa is a 9.25-inch smart speaker developed by Amazon.com. It is a cylinder-shaped speaker which a microphone array of 7 pieces. To activate this device, the voice command given should be “Alexa.”

Alexa is an interactive speaker which responds to voice commands like making schedules, setting alarms, playing audio books, providing the weather conditions, streaming, traffic, etc. It has the ability to drive smart devices by making itself the main automating hub for device communication.

A unicorn product is one will is a rare invention that diversifies the way we communicate with technology. Alexa-enables Echo qualifies as a unicorn product. 2017 will bring us the change in technology. Many false starts later, communication through speech signals is finally becoming a part of the human to device communication with a lot of users buying voice enabled gadgets. 30% of all our interactions with tech systems will happen via voice signals as predicted by Gartner.

“Home” was a system launched by Google. Similarly, Microsoft is to introduce the HomeHub feature in its update for Windows 10. Apple is also working on a product based on Siri platform. Also, Ling Long, a Chinese Startup company released its product LingLong DingDong.

The upcoming years will result in Amazon’s Alexa to be a platform of great flexibility. Amazon’s head scientist has given us a sneak by stating that Alexa going to be a very progressive platform. Diverse tools are made accessible to the developers in Amazon. An improved upgrade to the developer tools is the Amazon Skills Kit which was announced in November. Also, further improvements are being to the Alexa voice assistant to install it into other third-party applications like in refrigerators and cars.

Amazon is aiming at a progressive approach to take Alexa beyond Echo. Making a speaker was never the intention. A comparison can be drawn with Google’s move of introducing Android and then launching Nexus. This is because Google never intended to be a Smartphone designer but used Nexus to promote the features of Android. Thus Android was incorporated in other Smartphones as well. To elevate the progress of Alexa enabled devices, Amazon has made Intel its partner to design a speaker which has Alexa enabled interface. With this move Amazon aims to incorporate Alexa in other products in future.

The voice recognizing chat bots is the new competitive field for the Amazon Alexa, Cortana, Siri and Alo (Google Assistant). All these chat bots are now aiming at being the personal favorite of all users.

Though you might find it weird to interact with bots in the beginning, but soon they become a bigger necessity as they are installed in more and more appliances. These now become the new interactive platform for all users as a tap on the screen is all that is needed to access them.

Thus all technology developing companies like Apple are aiming to make an in-depth progress by next year.

The Apple iPhone 8 is expected to launch on the anniversary of the first iPhone in the year 2017.

Amazon is not far behind as its objective is to follow the success of Echo by introducing Echo Dot, a speaker that operates on Alexa Interface and includes features like a touch screen of 7 inches that can be viewed with better clarity from all angles by tilting it in different ways.

This speaker will be powered with the voice assistant Alexa which will function like Echos. The objective of designing the screen is to increase the accessibility of all kinds of information like weather, current affairs, schedules, recipes, etc. The tilting angles help when the device is perched on the kitchen counter in order to follow recipes.