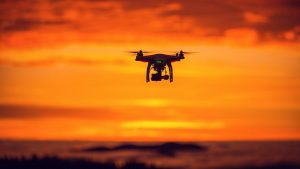 Drones have existed since the early 20th century and have been evolving continuously since then. Not only the internal and external components, but the applications of drones have also seen a tremendous change. There are such applications of drones today that were never thought of until the mid-19th century. However, there have been mixed reactions from countries when it came to adopting drones. Some countries have quickly embraced drones with well-defined laws, some countries are carrying out research and experiments with drones and some countries have strictly banned drones.

Drone flying regulations around the globe

25% of the total number of countries have so far allowed flying drone and have passed regulations for the same. This indicates the increase in drone adoption. Even though not all countries have solid drone laws defined, there are very few countries that have actually banned drones. The primary reasons for banning drones have been either lack of awareness on what all can be done using the drones or the need for controlling information and the ability to obtain information

What is the world using drones for?

Drones are going through a lot of tests all over the world. The tests are being carried out to determine how useful the drones are for various applications. Drones find applications in critical verticals such as providing emergency services, weather forecasting, military surveillance etc. as well as in food/ product delivery, postal services, infrastructure planning etc. to name a few. Also, there are some areas that are yet untouched by drones but will soon be.

As a stepping stone towards the growth of the country, the Civil Aviation Ministry of India has permitted the use of drones. The ministry had emplaced the regulations for operations for Remotely Piloted Aircraft earlier and as per the latest announcement by the Suresh Prabhu, the process for registering and obtaining the permit has started from December 1, 2018.  All the registrations will be happening through the website – https://digitalsky.dgca.gov.in/. The website will ease the process of obtaining government clearances with having to manually obtain the permissions from the respective organizations.

Every drone operator and owner need to register on the Digital Sky DGCA website by providing the necessary details, uploading the necessary documents on the website and paying the fee amount. Upon successful verification of the data provided, the user will be provided with a Unique ID number. This number will be required while applying for a flying permit every time. Also, the UID needs to be printed on a fire plate and the fire plate needs to be installed on the drone.

Categories of drones along with their flying limits and associated permissions

The Ministry has also clearly defined the Flying zones as:

Red Zone – No drones will be allowed to fly in these zones. This zone covers the Airports, International Borders, State Secretary Complex, Areas identified as “Strategic Locations” by the Armed forces of India, etc.

Yellow Zone – These zones will be available for flying drones only with proper permissions obtained through the website portal.

Green Zone – These zones will be available for flying drones and drone operators can seek flying permissions via the DGCA app.

The app shows the allowed places for flying drones and the permission for flying can be requested through the app. All the drones need to be flying in the visual line of sight and in the daytime only. Apart from the above-mentioned rules, you can also check the do’s and don’ts here

There will be a Drone Policy 2.o released in the near future and it is expected to include the regulations for autonomous flying, delivery via drones and the beyond visual line of sight flights. In terms of market share, the Indian drone market is expected to grow to $885 million by the year 2021. India looks forward to implementing the many applications of the drones in the near future.