Apple raged the consumer world today, announcing not one, but two new iPhones: The much awaited Iphone 5S and the merely rumored a cheaper 5C model in Cupertino. 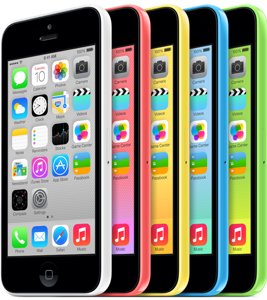 In the past, the company strategized lowering the price on older models when it introduced new ones. This year, Tim Cooks tried a discrete technique by releasing two new models: a low-cost iPhone 5C and a high-end iPhone 5S which comes in gold !

The leading enhanced feature that belongs only to the 5s is the redesigned Home button with a sapphire ring on it embedded with a fingerprint sensor. Starting in iOS 7, of course, with the new technology as Apple calls it, Touch ID, users can authorize purchases in iTunes, the App Store, or in iBooks by simply using their thumbprint. Pretty elegant!

The device is now capable of detecting the unique ridges in your fingertips, allowing you to bypass the passcode completely, not to mention downloading and purchasing apps and iTunes content. It’s able to store up to five individual fingerprints, which is helpful if you have multiple people in your family who want to use the same device. Touch ID is a great addition and some of the new camera features are clever; not to mention the fact that iOS 7 is a huge change over previous versions of the OS.

The iPhone 5S is made of aluminium and comes in silver, gold, and space gray.The phone is motorized by a new chip called the A7 that Schiller ,Senior Vice President of worldwide marketing at Apple called the first ever 64-bit smartphone chip which jams in over a billion transistors. Meanwhile, the iPhone 5C is a lower-cost plastic model wrapped in one of five colors: lime green, white, yellow, red and bright blue. It has a 4-inch retina display, and the same 8-megapixel rear camera and A6 processor as the iPhone 5. 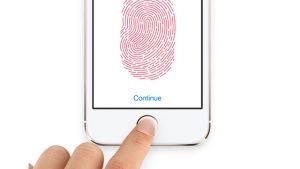 It looks exactly like how the iPhone 5 looked last year but with improved internals and guts that will make everything run even faster. Twice as fast,Apple claims. Oh and it also has a fingerprint scanner.”You can simply touch your home button to unlock your phone,” Schiller explained. Aside with the A7, Apple is using a “motion coprocessor” in the 5S called the M7. It continuously measures motion data with an accelerometer, gyroscope and compass support. It’s supposed to “facilitate a new generation of health and fitness apps” by letting apps use all that motion data without tapping into the A7.

With every new iPhone, Apple has focused on creation of a better camera. Apple calls it “the iSight” camera. The iPhone 5S also has an impressive-sounding camera. The iPhone 5S has dual-LED flash.The dual-LED flash in the 5S may help make your pictures look more natural and balanced because the iPhone can combine the right percentage and intensity of the two bulbs to create 1,000 different deviations of a flash. Megapixel-wise, the story remains the same at 8-megapixels. that means the camera has 33 percent greater light
sensitivity, which might make better looking pictures.
The 5S camera comes with autofocus that’s twice as fast, auto image
stabilization, and a new burst mode to capture ten frames per second. The iPhone will evaluate all those burst shots and show you what it thinks your best shot is. The iPhone 5S also has a slow-motion camera that allows it to record 720p video at 120FPS.

The “throw colors at it” approach has worked beautifully for Apple in the past.
By and large, it’s a marketing tool to get the masses to pay attention to the iPhone name.
Stock price is escalating the pressure on CEO Tim Cook to prove he’s the right leader to carry on the legacy of co-founder Steve Jobs.
You can start buying the iPhone 5S on Friday September 20th,2013.
Hold your fire for IOS 7 will be out September 18 with even more new features.