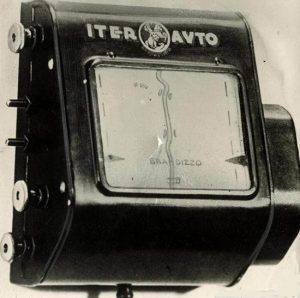 The GPS Navigation system is one of the most useful things to ever be born out of modern technology. However, if you think it’s a fairly recent invention, let the world’s first GPS navigation show you the analog origins of this convenient device.

Meet the Iter Avto, the world’s first in-car navigation system, the ancestor of the handy-dandy, modern-day GPS Navigation System. Designed and created in the 1930s, it’s more like a “map guidance tool” since it didn’t really give voice prompts and directions.

The Inter Avto, was a moving map navigation device that used maps on rolls of paper. The maps were wound from one roll to another across a display and the scroll rate was controlled by a cable connected to the speedometer.

It may seem rather crude today but I’m sure that back in 1930 this was a revolutionary as SatNav was to us when first released. It does have some drawbacks, if you leave the prescribed route then it isn’t going to re-route you, there is no Map Share and POIs need to be drawn on by hand.