Spiritual and Wellness Apps On iOS Driving Revenue For Winjit

Winjit Technologies, a software development and consulting services company, diversified into app development for mobile platforms including iPhone, BlackBerry, Android, J2ME and Nokia. The company focused on converting content such as music, books and other audio-video products into apps, letting content owners monetize products through platform specific and mobile operator app stores. According to Ashwin Kandoi, the Director of the company, Winjit decided to take the plunge after its maiden app for BlackBerry, Hanuman Chalisa, clocked 3,000 downloads in 12 days.

The company has concentrated on spiritual and wellness apps, with a partnership with Times Music, which has a substantive library of spiritual music. What comes as a revelation however, is the fact that iOS apps are doing well in the Indian market, where smart phone penetration is still low, contributing as much as 50% to the company’s revenues from apps. Some pointers on Winjit’s consumer app business, based on our interaction with Ashwin Kandoi: 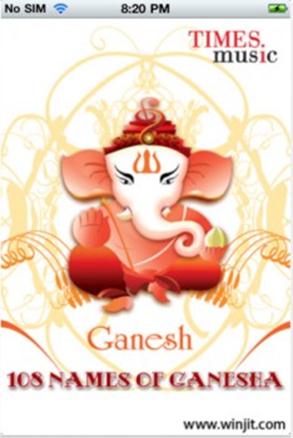 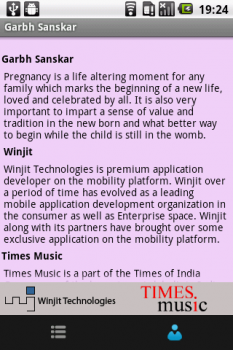 – Banking on Spiritual & Wellness Apps: Since its tie-up with Times Music, which according to the company, owns the lion’s share of spiritual music content in the Indian market, Winjit has developed 60 apps on different platforms, for the company. These are simply spiritual content converted to interactive apps. Winjit’s apps with Times Music have received close to 700,000 downloads from 176 countries on all platforms combined together, says Kandoi. The company intends to expand its app portfolio with Times Music, to 500, in the next two years. Overall, Winjit’s portfolio comprises of 30% spiritual apps, 30% wellness apps, and the rest consists of utility apps like alarm clock and Indian Calendar.

– New Content tie-ups: The company has tied-up with Divine India for spiritual content and with Emami Frank India to appify Bengali language books and content. It is also in talks with The Art of Living group, and has got six leads from US and UK based content companies for appifying books and music content. It is also roping in a content player from South Africa, which is said to own almost the entire African music content library, and will develop BlackBerry apps for the company.

– In-App Downloads & Conversion Rate: Conversion Rate: A majority of the spiritual apps, specially the ones developed for iPhone and BlackBerry are free to download, with some initial content offered with the app. However, to get access to more content, users need to make in-app purchases. According to Kandoi, the conversion rate for users who actually make in-app purchases is around 3%-4%. In app purchases mostly come from iOS and BlackBerry, although they have been recently introduced on Nokia phones, as well.

– iOS Driving Revenue: In terms of downloads and revenue, iOS is the dominant platform, followed by BlackBerry. The company does not have any paid apps on Android, since users on the platform are predominantly seen to be downloading free apps. Revenue including app purchase and in-app ad monetization, for iOS is the highest contributor at 70%, followed by BlackBerry and Nokia at 15% each, and the balance comes from Android.

– Operator App Stores Are Good For Visibility But Are Limited: Winjit’s apps are present on App Stores of Indian telecom operators including on Airtel, BSNL, Aircel and Tata, with 180 J2ME apps on each and the company says that it adds about 50 new apps each month. These app stores also allow users to buy apps on daily and weekly rentals. According to Kandoi, Airtel’s App Store registers the maximum number of downloads, at 100,000 downloads in three months.

He adds that although operators command a larger part of rev-share compared to other app stores at 2/3rd of the app’s price, they offer good reach and push based promotions. However, for Winjit operator app stores don’t contribute as much to its revenue as Apple’s App Store does, since transactions are small. For example, a daily download on an operator store costs Re.1 or a weekly download costs Rs.5. Also, all operator store only support J2ME apps, which have limited fuctionality.

– India Contributes 50% to Revenue: Kandoi mentions that since a large number of apps contain Indian content, 50% of all app revenue comes from India, including from Apple’s iTunes App Store. So the notion that the App Store is not popular in India and that Indians don’t like to pay for apps is not a norm. India is followed by the US, then the European Markets, Middle East and Africa.

We feel that apps carrying content such as music and books has a good potential in the Indian market, more so because e-books and online music downloads have still not taken off in a big way, while app stores are on track, specially with the rise of smartphone devices