Google nexus 7 has become the highest selling Android tablet ever in the history just three months after its launch.
When Google’s first tablet went on sale, its main selling point has been its affordable 159-pound price tag.

Looking at the sales of the Google Nexus tablet, it’s clear that there is a massive demand amongst the customer base for smaller sized, 7 inch tablet running on Android 4.1, Jelly Bean operating system which is said by the UK retailer.

The news sets up the prospect of more affordable tablets reaching the market soon.
Amazon’s new 159-pound Kindle Fire HD also establishing itself quickly thanks to its low price, according to the newspaper. 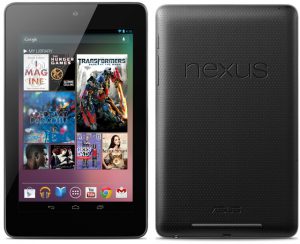 It’s quite impressive that this product is the biggest selling Android tablet, and it will be really interesting to see if other manufacturers will follow suit with smaller tablets over the months to spice up this Christmas

This tablet lags behind the apple’s three ipad models; its sale has beaten those of rivals such as the ASUS Transformer Prime and the Samsung Galaxy Tab.

Why are the customers using tablets?

The answer to this is watching more and more content on the go. It’s now common to see people using their tablets during the morning commute or catching up on the day’s news in a local coffee shop, and smaller devices make it easier to handle.

The most awaiting product ipad mini is on the go for its release….. 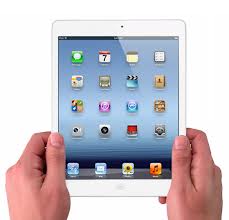 Apple has announced that the ipad mini will be launched on 23rd October.

Media and analysts have said for months that Apple has an ” iPad mini” in the works. The tablet is thought to be about half the size of the regular iPad and to start at $249 or $299. The regular iPad starts at $499 for the most recent models.

Analysts believe Apple wants to tackle that competition with its own similarly sized tablet.

By some analysis its being said that the size of iPad mini would be a screen that’s 7.8 inches on the diagonal, a bit more than the Kindle Fire or Google’s Nexus, with their 7-inch screens while the size of full-size ipad is 9.7-inch, giving it about twice the display area as the 7-inch units.

Microsoft Surface will be available from 26th October….. 64 GB and 32GB Touch Cover models of the Surface will be in our hands on this 26th October but Touch Cover-less 32 GB model will take some more time to come to the market.

The reasons behind this may be that the  Surface had enough preorders that the company can’t produce the devices fast enough.

The craze for surface is because of the cover touch,which is not so good for Microsoft.