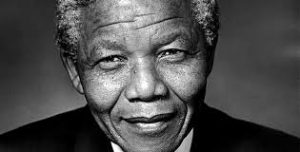 What it is to be a human? The answer to this question is one of those great personalities who lived his life as a revolutionary, a politician, and a humanitarian – Mr. Nelson Rolihlahla Mandela. Born on 18th July 1918, in Madiba clan, village of Mvezo, Transkei he was the 1st President of South Africa who altruistically served people and nurtured racial reunion. He got the name ‘Nelson’ from his primary school teacher wherein; a custom to give Christian name to the children was followed.

At a very young age he started dreaming of his role towards the contribution in the freedom struggle of his people. This dedication led his journey of becoming a President from 10th May 1994 till 1999. Nelson believed that “Education is the most powerful weapon which we can use to change the world”. With this weapon he began to change the world without the fear of death and his words saying, “I have fought against white domination, and I have fought against black domination. I have cherished the ideal of a democratic and free society in which all persons live together in harmony and with equal opportunities. It is an ideal which I hope to live for and to achieve. But if needs be, it is an ideal for which I am prepared to die’, became ennoble”. Nelson Mandela, who selflessly cared for his people, today we celebrate his birthday. ‘The father of the nation’, often known by this name, Nelson is still remembered with deep respect in South Africa. He is one of the sources of inspiration which can moralize many lives even today and will continue in future. One must always remember the inspirational words by Nelson, “No one is born hating another person because of the colour of his skin, or his background, or his religion”. On 5th December 2013, he died leaving all his audacious thoughts and lessons of life.

Lets us acknowledgment him today on 96 anniversary of his birth for his contribution to the freedom struggle.